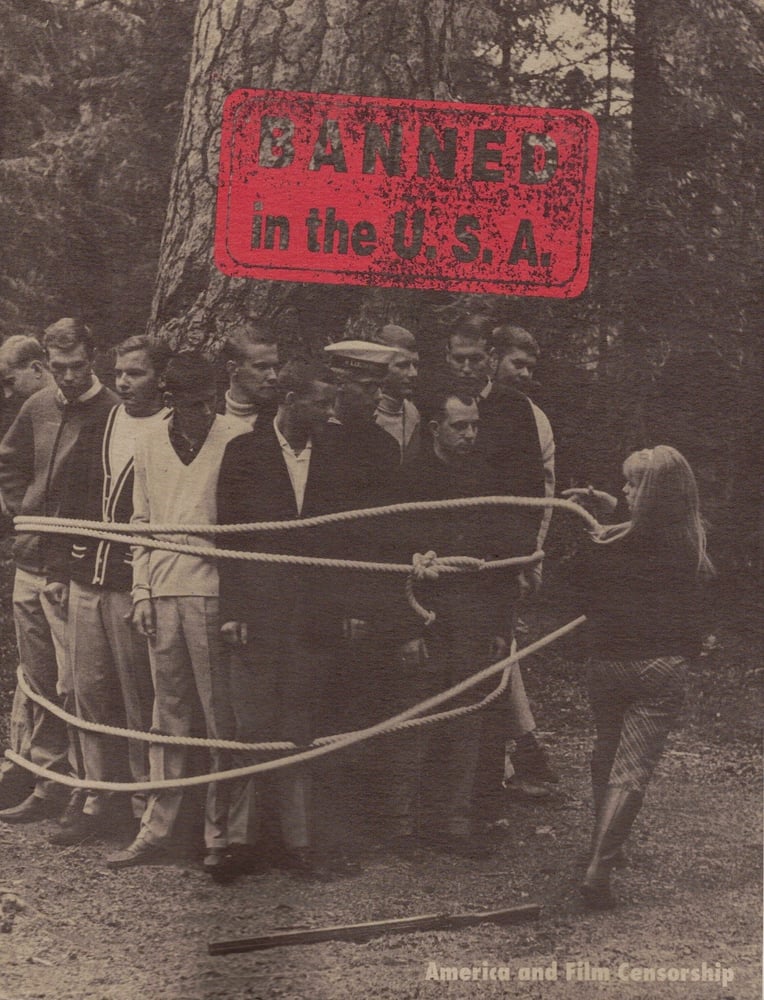 Banned in the USA: America and Film Censorship, edited by Steve Seid

Banned in the USA: America and Film Censorship
edited by Steve Seid

The Regents of the University of California, 1993
47 pages
Paperback

Banned in the U.S.A. is a twenty-seven-film exhibition examining the complex issues of censorship and film. This comprehensive historical survey includes representative films from all eras of cinema, and major categories of suppressive activity. Catalog essays by B Ruby Rich, J. Hoberman and Leonard Leff explore the evolving mechanism of censorship: from the proliferation of state-sponsored censor boards during the silent-film era; through the Production Code Administration, the Legion of Decency, and the Industry’s voluntary rating system; to the culture wars of the late ’80s and early ’90s. Extensive program notes illuminate the particular censorship efforts that were mustered around individual films. Films that have been contested, boycotted or censored as recently as 1991 are highlighted in the series.