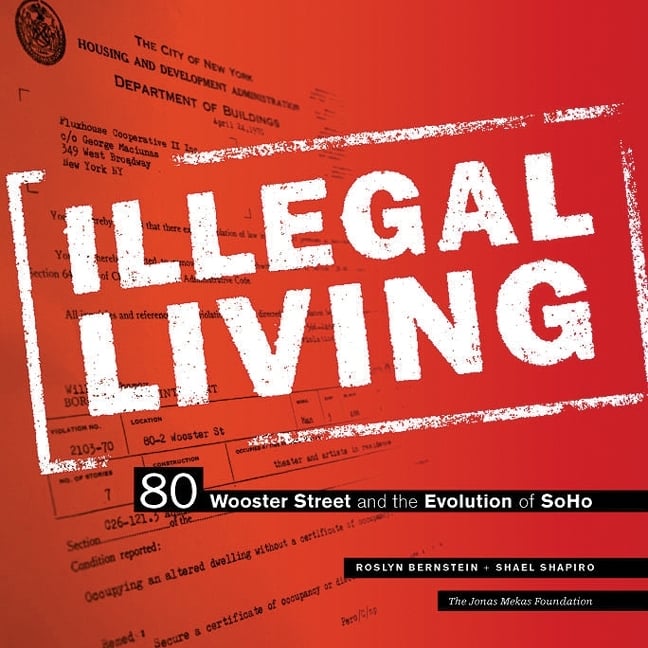 Illegal Living: 80 Wooster Street and the Evolution of SoHo
by Roslyn Bernstein and Shael Shapiro

Illegal Living is the story of the building at 80 Wooster Street in New York and the people who lived and worked there. The first of the 16 artists' coops started by George Maciunas, founder of the Fluxus art movement, Fluxhouse Coop II spurred the development of SoHo and the spread of worldwide loft conversions.

The book's intimate portrait of a single building over 40 years highlights the complexity of an artist coop and puts into question any simple take on who wins and who loses when neighborhoods change. The artists who lived and worked at 80 Wooster played major roles in music, film, and the fine and performing arts. Their shared story is unique and compelling.