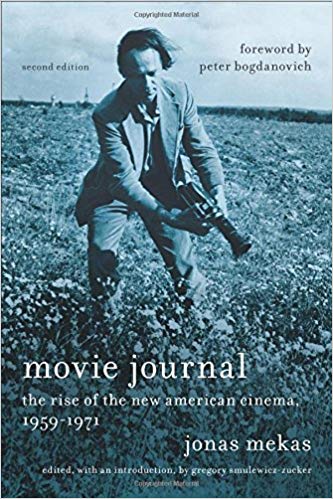 Movie Journal: The Rise of the New American Cinema 1959-1971
by Jonas Mekas

In his Village Voice "Movie Journal" columns, Jonas Mekas captured the makings of an exciting movement in 1960s American filmmaking. Works by Andy Warhol, Gregory J. Markapoulos, Stan Brakhage, Jack Smith, Robert Breer, and others echoed experiments already underway elsewhere, yet they belonged to a nascent tradition that only a true visionary could identify. Mekas incorporated the most essential characteristics of these films into a unique conception of American filmmaking's next phase. He simplified complex aesthetic strategies for unfamiliar audiences and appreciated the subversive genius of films that many dismissed as trash. This new edition presents Mekas's original critiques in full, with additional material on the filmmakers, film studies scholars, and popular and avant-garde critics whom he inspired and transformed.