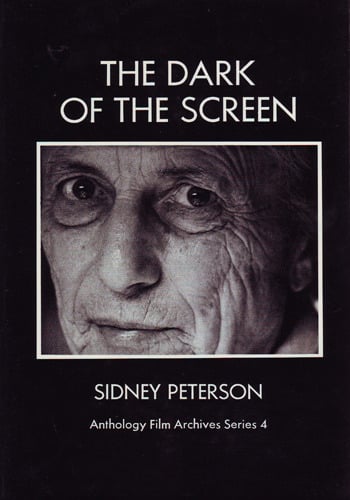 The Dark of the Screen, by Sidney Peterson

The Dark of the Screen
by Sidney Peterson
edited by P. Adams Sitney

Sidney Peterson was one of the originators of the American avant-garde cinema. The five films he made in San Francisco between 1947 and 1950 have become classics; they have influenced the cinematic education of many of the best film-makers of the subsequent generations.

In The Dark of the Screen he writes about the cinematic experience and his role as a film-maker. It is a book in the tradition and spirit of Marcel Duchamp. Elegantly written, drolly irreverent, it tells the story of his involvement with cinema during what has been called the San Francisco Renaissance (1945-50) and his subsequent adventures as the first consultant on the artistic future of television for the Museum of Modern Art in New York.