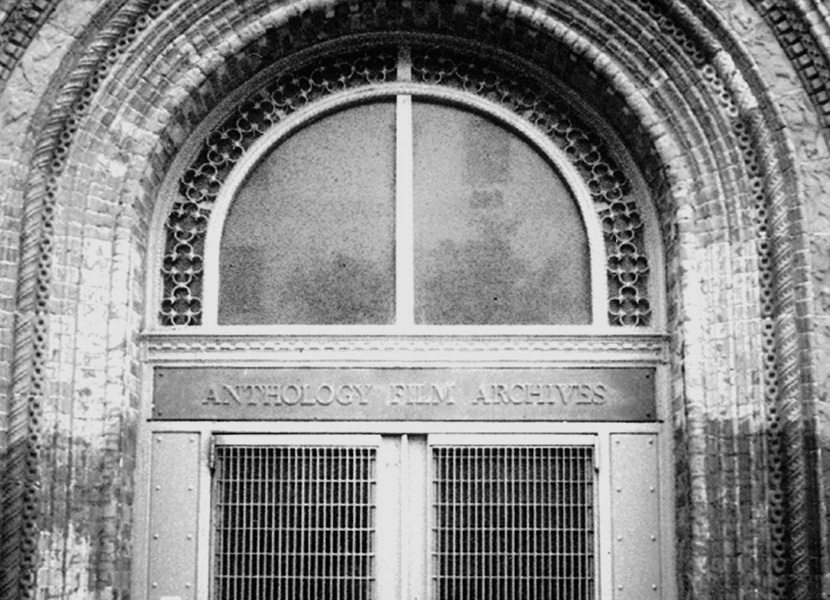 Anthology Film Archives evolved from roots and visions that go back to the early 1960s, when Jonas Mekas, the director of the Film-Makers’ Cinematheque, a showcase for avant-garde films, dreamed of establishing a permanent home where the growing number of new independent/avant-garde films could be shown on a regular basis.

In the decades since its founding, Anthology has grown far beyond its original concept to encompass film preservation; the formation of a reference library containing the world’s largest collection of books, periodicals, stills, and other paper materials related to avant-garde cinema; and a remarkably innovative and eclectic film exhibition program. Anthology screens more than 900 programs annually, preserves an average of 25 films per year (with over 900 works preserved to date), publishes books and DVDs, and hosts numerous scholars and researchers.

Fueled by the conviction that the index of a culture’s health and vibrancy lies largely in its margins, in those works of art that are created outside the commercial mainstream, Anthology strives to advance the cause and protect the heritage of a kind of cinema that is in particular danger of being lost, overlooked, or ignored.