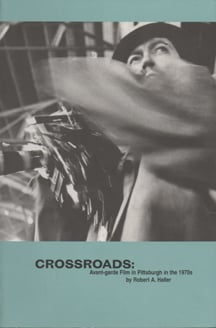 Crossroads: Avant-Garde Film in Pittsburgh in the 1970s, by Robert A. Haller

Crossroads: Avant-Garde Film in Pittsburgh in the 1970s
by Robert A. Haller

"This account discusses avant-garde film in Pittsburgh in the years 1970 to 1979[...]What happened in Pittsburgh was important for two reasons. First, it demonstrated how the personal, avant-garde film spread out of the two cities it had existed in between the years 1920 and 1960, New York City and San Francisco, to expand across America to connect with new audiences and new generations of film-makers. Second, Pittsburgh was important because it showed how an integrated, multi-institutional network supported and encouraged the understanding and making of cinema. Third, the Carnegie Institute Museum of Art pioneered a policy of paying substantial artist honoraria and fees, stimulating other museums to pay greater honoraria. This was more than a solitary, respectful, token gesture. It helped to improve the condition of a great many other film-makers." -Robert Haller in "Introduction"