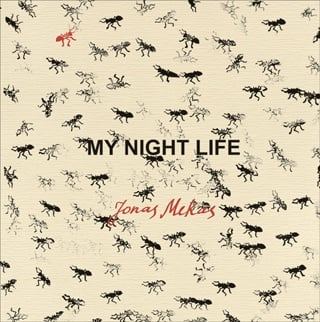 My Night Life, by Jonas Mekas

My Night Life
by Jonas Mekas

The Lithuanian filmmaker and chronicler of the American underground movement, Jonas Mekas, wrote down his dreams between August 1978 and June 1979. It was a busy time in New York: he was in the process of acquiring the courthouse which would become Anthology Film Archives in the east village; he wrote a weekly column for the Village Voice about the recent films of his colleagues Kenneth Anger, Stan Brakhage, Peter Kubelka and others; he was taking care of his three-year old daughter Oona and editing a film in her honor, "Paradise Not Yet Lost (Oona's Third Year)." At this time he also suffered the death of his close friend George Maciunas, founder of the Fluxus movement.

All these events and characters, combined with memories of his childhood in the Lithuanian fields and snow, are transformed and filtered through the absurd logic and adventures of dreams.