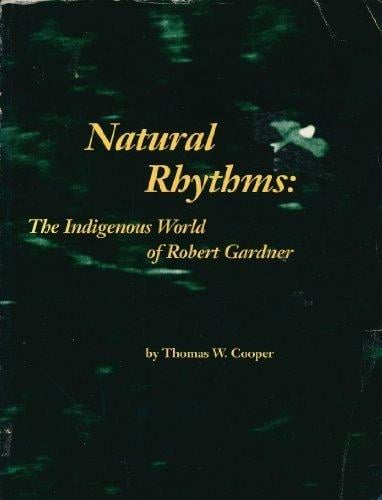 However, the "indigenous world" of Robert Gardner refers to more than his film content. His aesthetic is more grounded than ethereal, more intuitive than theoretical, and more natural than artificial. In speaking of FOREST OF BLISS, he says 'the vision is grounded in the world as it is' and later 'the intention from the start was to avoid the gaudy and theatrical.' Like the people he visits, Gardner inspects and incorporates seasonal rhythms, innate cycles, and native patterns such that his works and words both probe and penetrate the nature of physical reality." -Thomas W. Cooper in "Introduction"