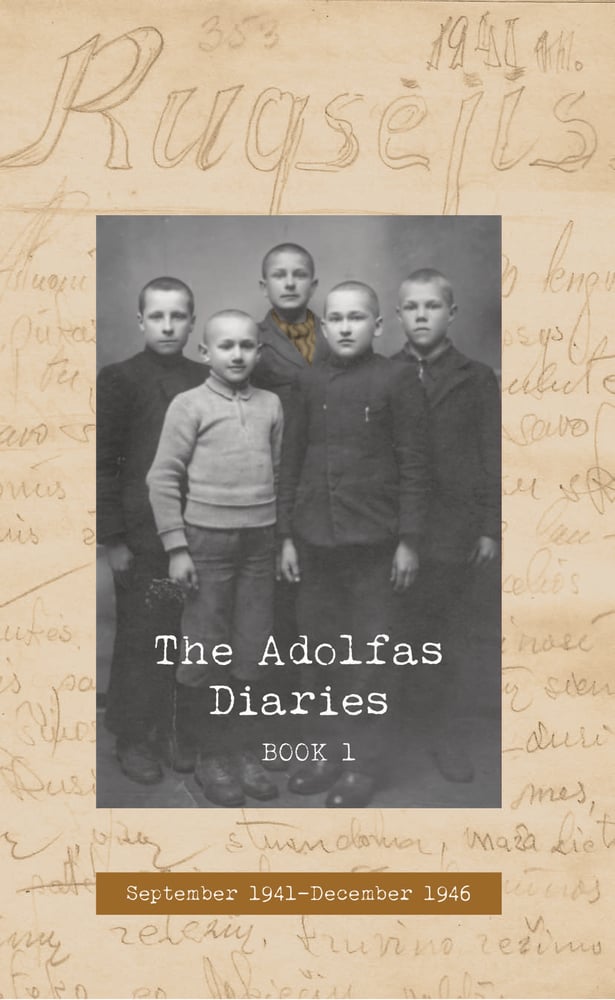 Book 1 of The Adolfas Diaries is the first of a series of 3 books of a wartime journal written by Adolfas Mekas, and translated by him in 1973 from the original Lithuanian.

Book 1 - September 1941 to December 1946 - covers the years in his homeland of Lithuania, then occupied by both Nazi German military forces and the military forces of the Soviet Union; his escape from Lithuania and subsequent arrest and internment in a Nazi labor camp; and the beginning years spent in postwar Displaced Persons camps in the British and American zones of Germany.