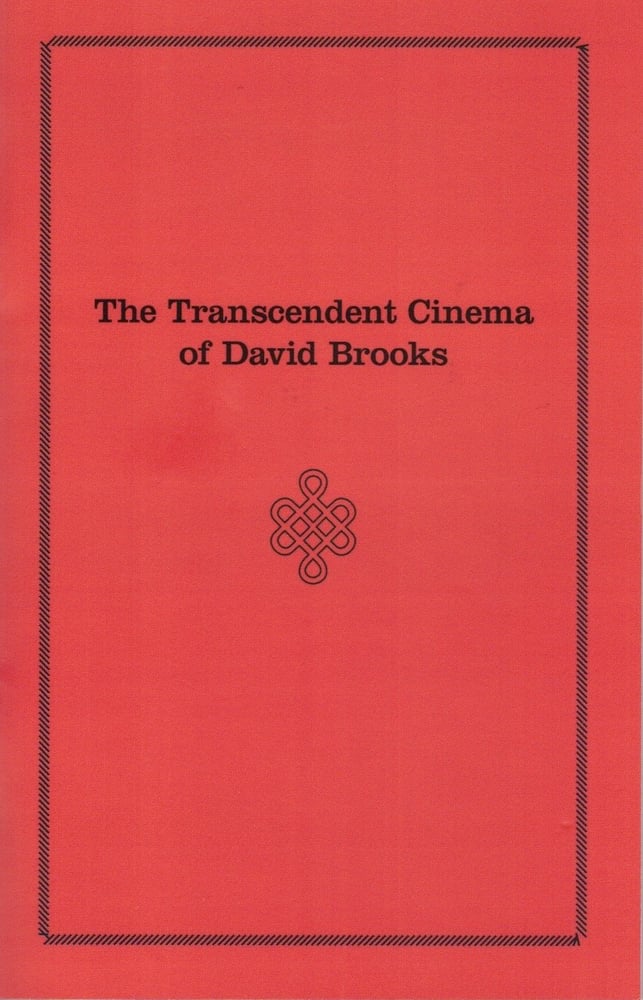 The Transcendent Cinema of David Brooks, edited by John Klacsmann

"David Brooks established himself during the 1960's as one of the most prominent lyricists of the experimental cinema. His work was eclipsed by his early death in 1969 at the age of twenty-four and throughout the next decade by the cooler, more controlled sensibility of structural film. As a consequence his films are scarcely remembered today, which is particularly unfortunate since at least two of them--Nightspring Daystar and The Wind Is Driving Him Towards The Open Sea--deserve a place among the important films of this period. -J.J. Murphy, Film Culture